Series and movies can be a very useful resource when we are learning Spanish, and today we have for all of you a compilation of some of the best ones we found so you can practice and learn a little more of this beautiful language while you study Spanish in Medellin with MyTeacher. 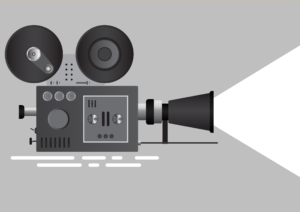 A group of criminals plans to steal a large amount of money from Colombia’s Banco de la República. The series is based on real events that happened in 1994 in the city of Valledupar in northern Colombia, where a gang of organized crime managed to steal the amount of 24 billion pesos, which at the time would be 33 million dollars or 28 million euros.

In order not to spoil the series for you and to make you watch it with more enthusiasm, it only remains to say that the touch of reality that this one has leaves us thinking that not everything in real life is as difficult as we sometimes think it is. There are only six episodes, but we are sure you will enjoy them a lot, you can find it on Netflix.

The most famous Spanish-language series of recent times could not be missing in this list, the story is very simple: a group of thieves is going to assault the mint and stamp factory to make the perfect robbery, managing to take a lot of 2,400 million euros, but they will not succeed without any kind of problem.

The series has five seasons, if you like crime themes, action, and lots of bullets, you will surely enjoy each of its episodes. You can find it on Netflix and watch it during your free time or on weekends to complement your Spanish courses in Medellin.

Loved by many and hated by others, it has been one of the most famous productions in Colombia, it was a tv show that was televised between 1999 and 2001. It had 169 episodes and kept many Colombian homes entertained during its transmission. The story tells the life of Beatriz Pinzón Solano, a very intelligent woman who graduated with honors in economics, since she has an extraordinary ability for mathematics, making her practically a computer with legs. But, despite being so intelligent, she has not been able to get a job because of her physical appearance.

Not to spoil the show, Betty’s life changes when she starts working at Eco moda and meets her romantic interest, Dr. Armando. This series became so famous that many countries made their own “Betty’s” using the stereotypes of feminine beauty. If you want to know how the story of our Colombian Betty ends you can watch this tv show on Netflix.

If you like novels that mix drama, comedy, romance, betrayal, and revenge, then Pasión de gavilanes is for you. The story centers on the lives and love affairs of the Reyes brothers and the Elizondo sisters, two families who come from different social classes and who gradually begin to fall in love. Each couple has their own stories, and they all develop together, plus we have other very important characters such as Rosario Montes and Armando Navarro, who introduce us to toxic love in its full extent.

This novela has 188 episodes and was broadcast on television in 2003, you can easily find it on Netflix.

Do you like superheroes and are you learning Spanish? We have the perfect series for you to practice it. El vecino is a Spanish Netflix series that deals with the theme of superheroes in a slightly different way, our protagonist is not the triumphant guy with a great sense of justice, he is a thirty-something who does not have a steady job and this leads him to have many financial problems, he also has problems with his girlfriend, in general his life is not going well, but what he could not imagine would be that from one day to another an alien would fall on him and before dying he would pass his power and with it “a great responsibility”.

The series has twenty episodes divided into two seasons, it is entertaining and very good to spend a weekend at home. So, if you are studying Spanish in Medellin and want to practice you can do it with Titan, our not so super superhero.

It is the 1950s and our protagonist Ali travels to the Grand Hotel, located in the city of Aswan in Egypt, to investigate the disappearance of his beloved younger sister. When he gets there, he is hired as a waiter in a restaurant and it is here where he falls in love with Nazly, who is the daughter of the owner and fiancée of the director of the hotel, their romance will be very dangerous and passionate, as she will help him find the truth about the disappearance of his sister.

The series has three seasons and 39 episodes, if you like suspense combined with adventure, secrets and romance, this series will be to your taste and with it you will be able to improve your Spanish while you study with us. 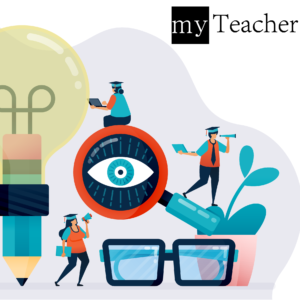 The story revolves around Yeimi, a 17-year-old girl who was the girlfriend of the famous reggaeton singer Charli, but because of him ends up in jail in the United States; during the development of the story we see different landscapes, from a prison in New York to the poor neighborhoods of Medellin. The novel has passion, death, lies, deceit, and a lot of music.

So, if you like paisa culture, reggaeton and love stories, there is no better option to practice your Spanish than La Reina del Flow. This Tv show only has two seasons and 82 episodes, but it will leave you breathless and eager to learn more about Colombia and its people.

Now we travel back to Spain, specifically to Madrid in the 1920’s during the revolution of the telecommunications world. The story tells us the lives of four women from different parts of Spain, who are hired as operators in a telephone company, each one of them has her own personal problems, her family, her husband, or her traumatic memories.

If you like vintage series with a lot of romance and drama, this is the series for you. It has five seasons, it’s a bit long, but you can easily find it on Netflix.

Have you ever thought that when you were born, they might have made the mistake of giving you to the wrong family? I mean, your parents are not your real parents and therefore your life is not your real life. Well, that’s what happened to our protagonists, Andres Ferreira and Brayan Galindo. While Andres is the owner of a famous and successful company, Brayan is a simple worker in a pharmacy and lives in a humble house. But one day they discover that when they were born, they were switched at the hospital and so Andres, who until then had been rich, becomes poor and Brayan becomes the owner of the famous company.

This Colombian tv show has the perfect touch of drama and humor that you are looking for when you want to relax, it is perfect to watch with your friends, family, or partner while you are learning Spanish together. The tv show has 150 episodes, but the story is so engaging that you probably won’t feel them.

This is the first film on our list, and what better than a Colombian animated film. The story is an adaptation of the graphic novel by the author PowerPaola, who is a Colombian-Ecuadorian visual artist, cartoonist, and illustrator. The story told in the film focuses on Paola, who was conceived by a “miracle”, because when her mother got pregnant with her, they thought it was a “tropical virus”, because she had her tubes tied and could not conceive more children, but from there our protagonist was born.

Throughout the film we see Paola growing up in a strange environment with her father, a Christian priest, her mother, a medium, and her sisters, the couple’s perfect daughters. She fights against all the stereotypes and appearances that her family and society want to impose on her at all costs. The story is not for everyone, but it has many Colombian elements and can help you better understand Colombian culture while learning Spanish in Medellin.

This is the story of Paula, a 22-year-old Colombian girl who witnessed the murder of her father at the hands of a hitman. After reporting the crime, Paula and her family will have to endure the indolence and ineffectiveness of the Colombian authorities, who do nothing to solve the crime or capture the perpetrators. And this is where the story begins, Paula seeing that no one does anything about the unjust death of her father decides to become an investigator, jury, and judge in the case of her father, puts hands into action and begins the search for the murderer to take justice into her own hands.

This drama is inspired by the streets of Medellin, so here you will hear many typical words of the region and understand a little of its sayings. After watching it you can talk to your teacher about it and get all your doubts about the expressions you heard or the places you saw in it.